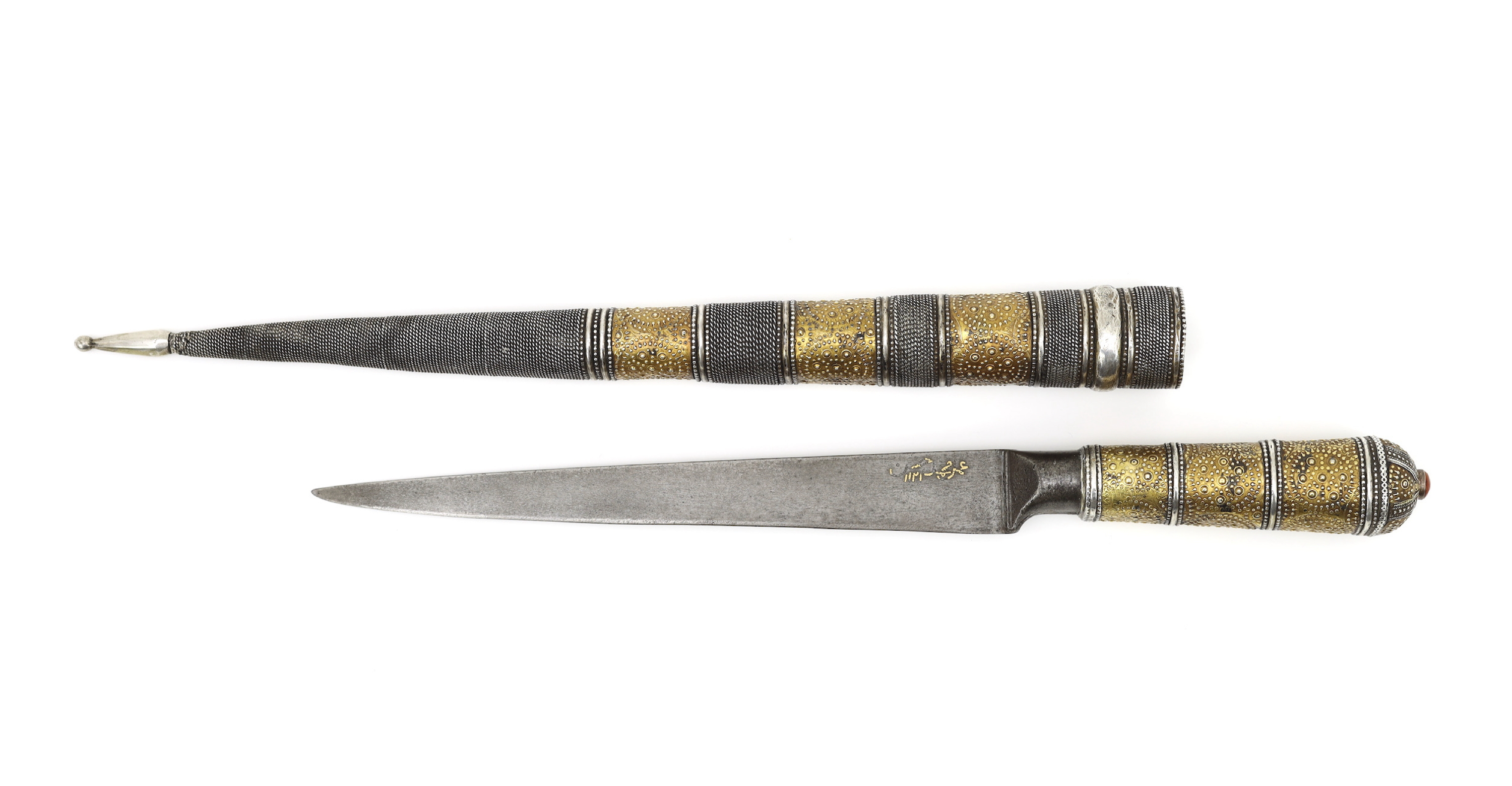 A large and early Persian kard dagger with a substantial wootz blade. Chiseled on the spine are a floral ornament and a precisely positioned center ridge. The steel bolster also seems to be of some crucible steel.

Hilt and scabbard are constructed of sheet metal, covered with silver wire, silver bands, and gilt silver plates that were decorated with circular elements in punched work. The scabbard is tipped with a solid silver finial. The pommel cap is domed and topped off with a carnelian stone.

The blade is marked on either side with Persian script, inlaid in gold.

Although the type of decorative work is the first and only one of its type I've seen, the all-metal construction of the scabbard, as well as the general form of hilt and scabbard points towards Central Asia, and the region of Turkmenistan and Uzbekistan in particular.

The chiseling at the back of the blade is more worn than the softer silver of the hilt and scabbard, which is an indication that the blade is older than the mounts. I think it's probably a 19th-century Central Asian remount of a Persian blade made in 1709.

A dent in the pommel was fixed, and the final at the end of the scabbard had broken and was re-attached. Both done by Karel Schermerhorn of Haarlemse Zilversmederij K.H. Schermerhorn. 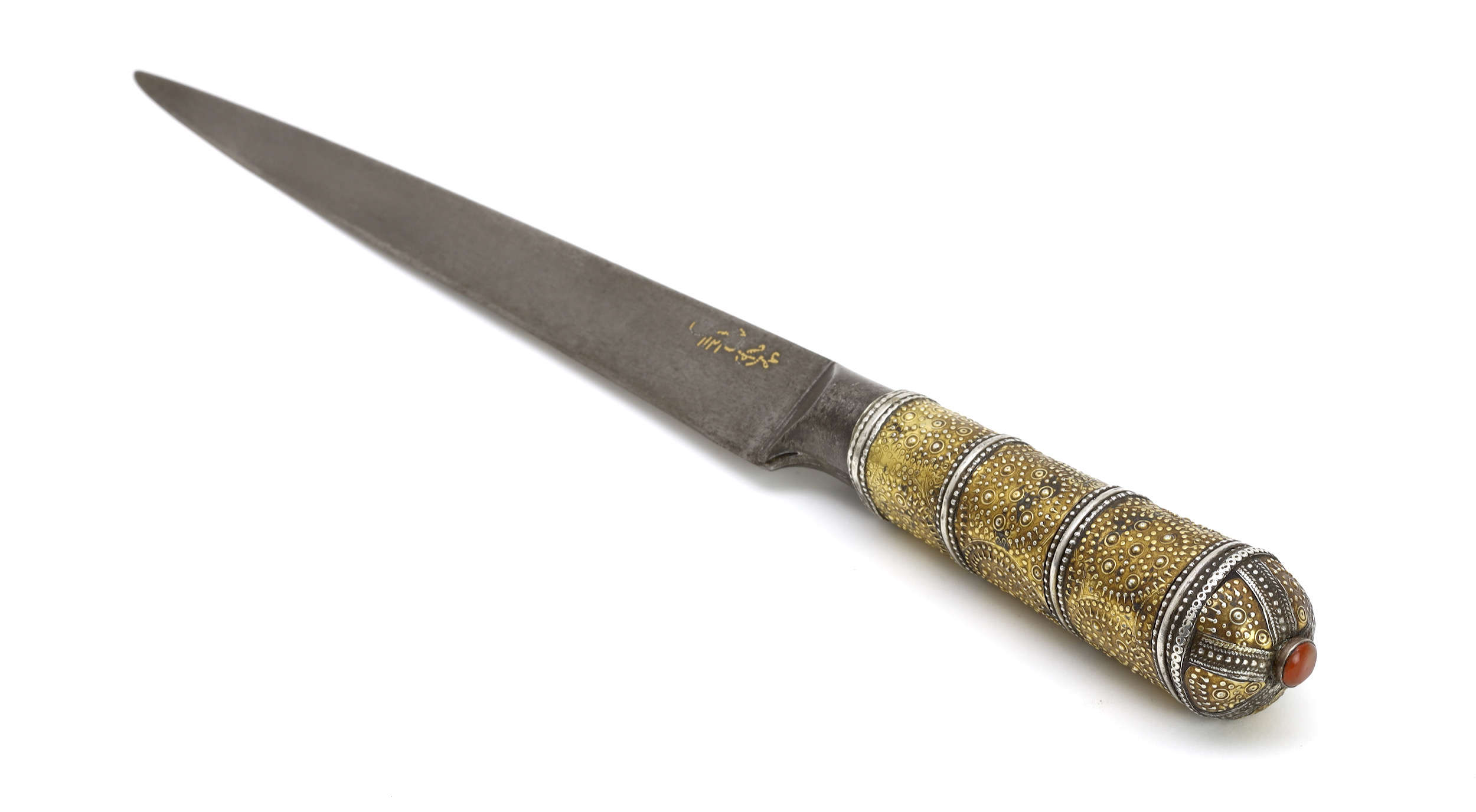