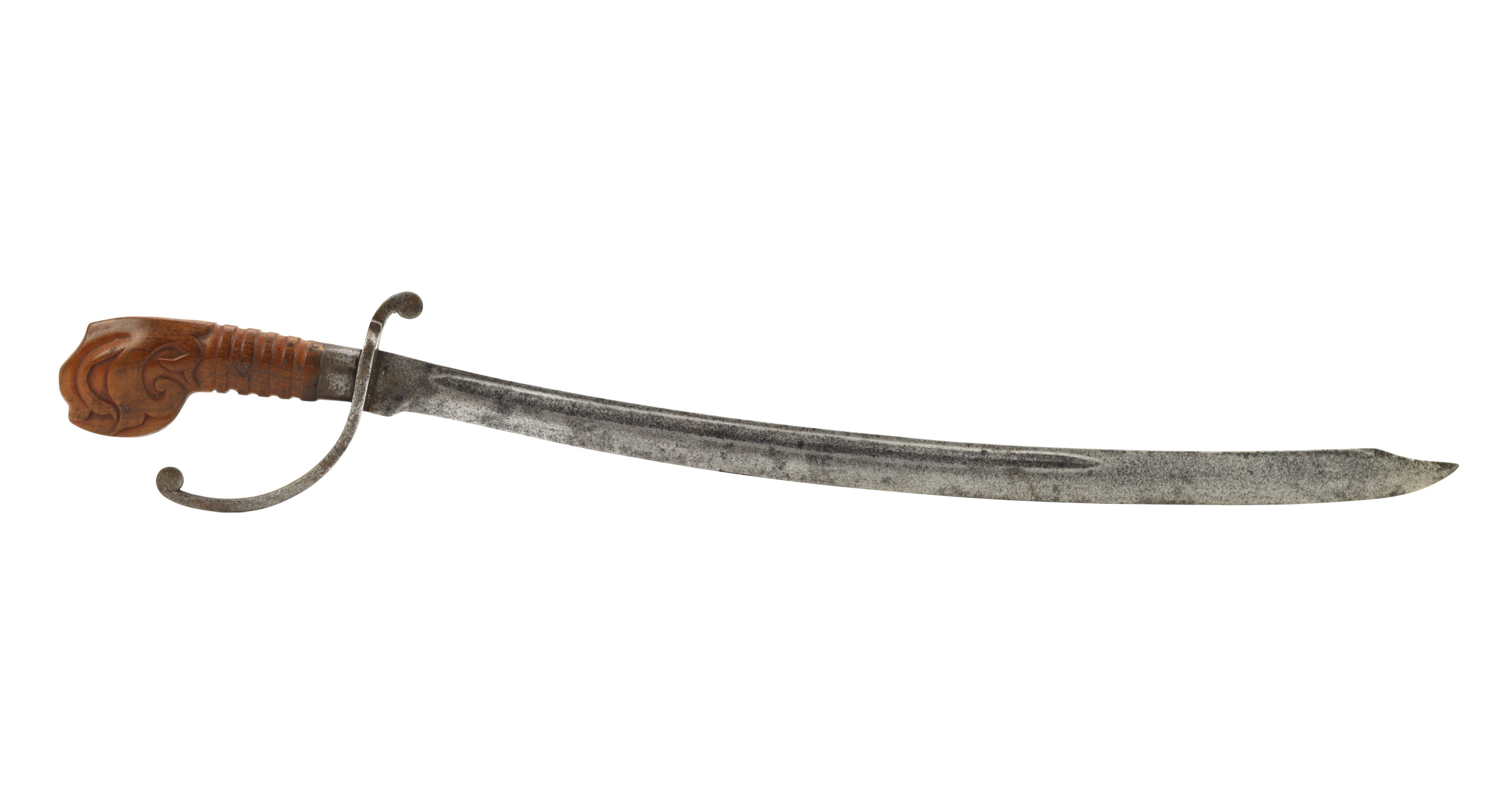 From a Dutch private collection

A Sumatran saber with an M1898 type Dutch military blade. These were large sabers with clipped tips that were used by the Navy and the Royal Netherlands East Indies Army (K.N.I.L.), normally fitted with a closed guard. They were originally manufactured by Hembrug, an arms factory in Zaandam, near Amsterdam and Solingen, Germany. This one bears the Hembrug stamp.

They were used in large numbers during the Aceh Wars of 1873–1924, and remained in use all the way into the Second world war. This blade was possibly captured from the Dutch and re-hilted in local style. It is fitted with a sturdy iron guard in quasi European style, an iron ferrule. The large wooden grip reminds of the Sumatran parang betino, with similar floral work and ribbed grip section.

Blade in very good shape, with no edge damage, etc. Only superficial tarnishing of the steel, no significant pitting. Hilt is tight. 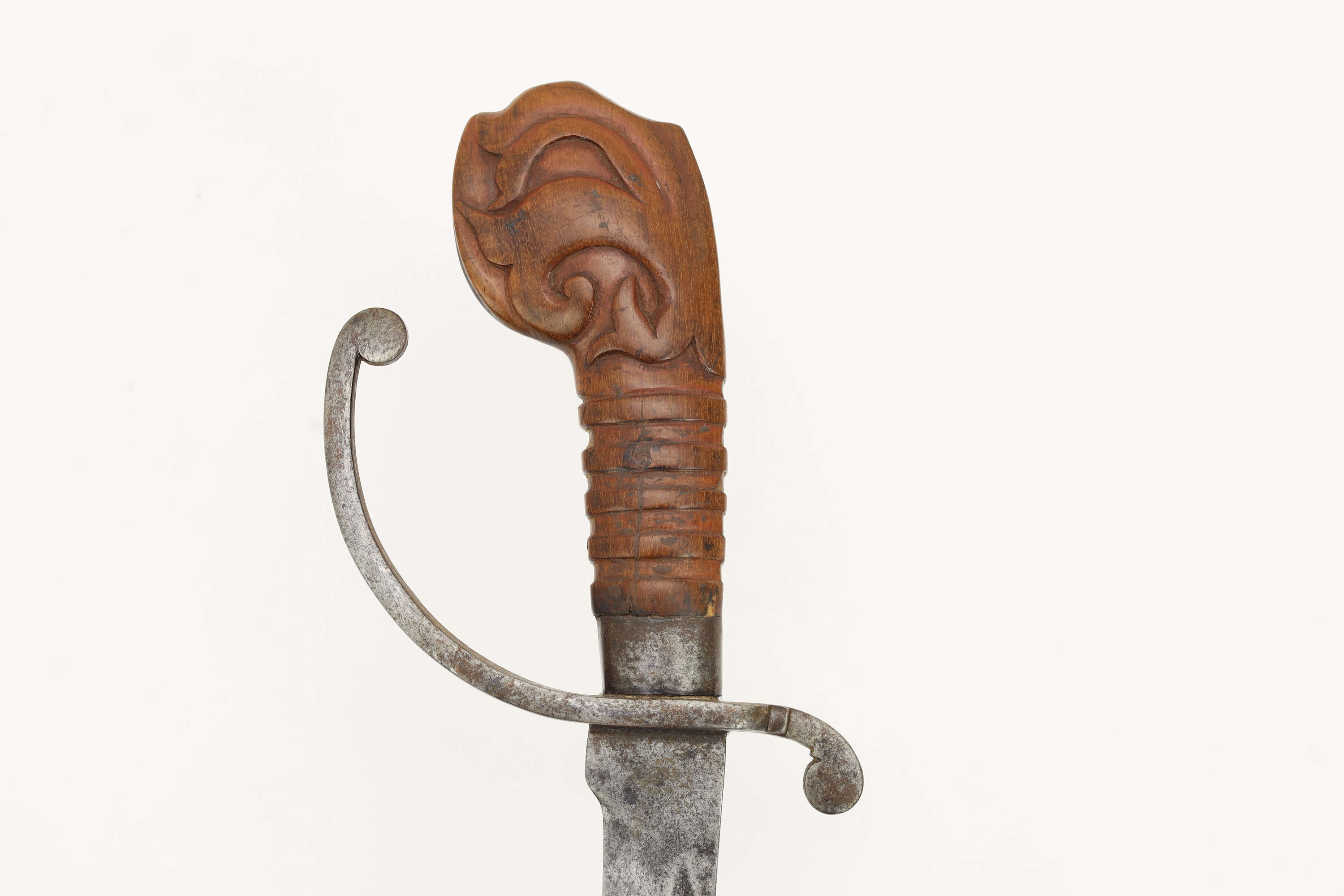 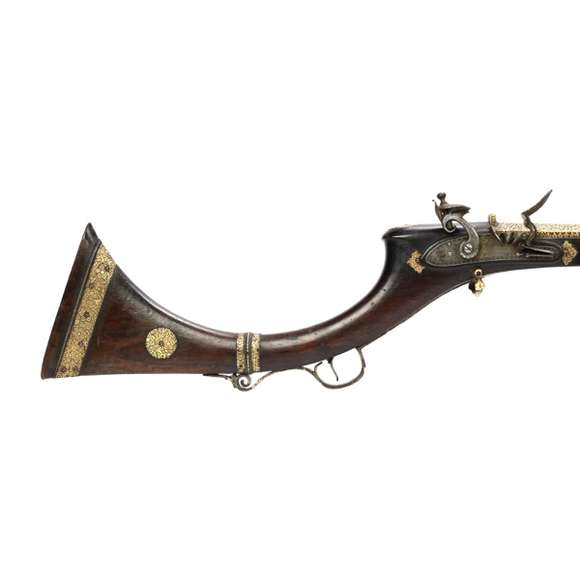 Its blade with very fine and complex pamor, brought out by a polish.

An unusual variety, shortened to carbine size, with a chicken wing wood stock.