Mandarin Mansion is a company specialized in research, preservation, and trade of antique arms and armor.
When dealing with Mandarin Mansion, you're dealing with me, Peter Dekker, directly.
This is why I write everything -including item descriptions- in the first person.

Founded in 2005, Mandarin Mansion originally focused on selling hand-forged swords and sabers for training and test cutting practice. Soon it became solely occupied with my main passion: Antique Chinese arms. Gradually my interest spread to the arms and armor of other cultures and their inter-cultural connections. In 2016 things got serious and I started to work at Mandarin Mansion full-time. 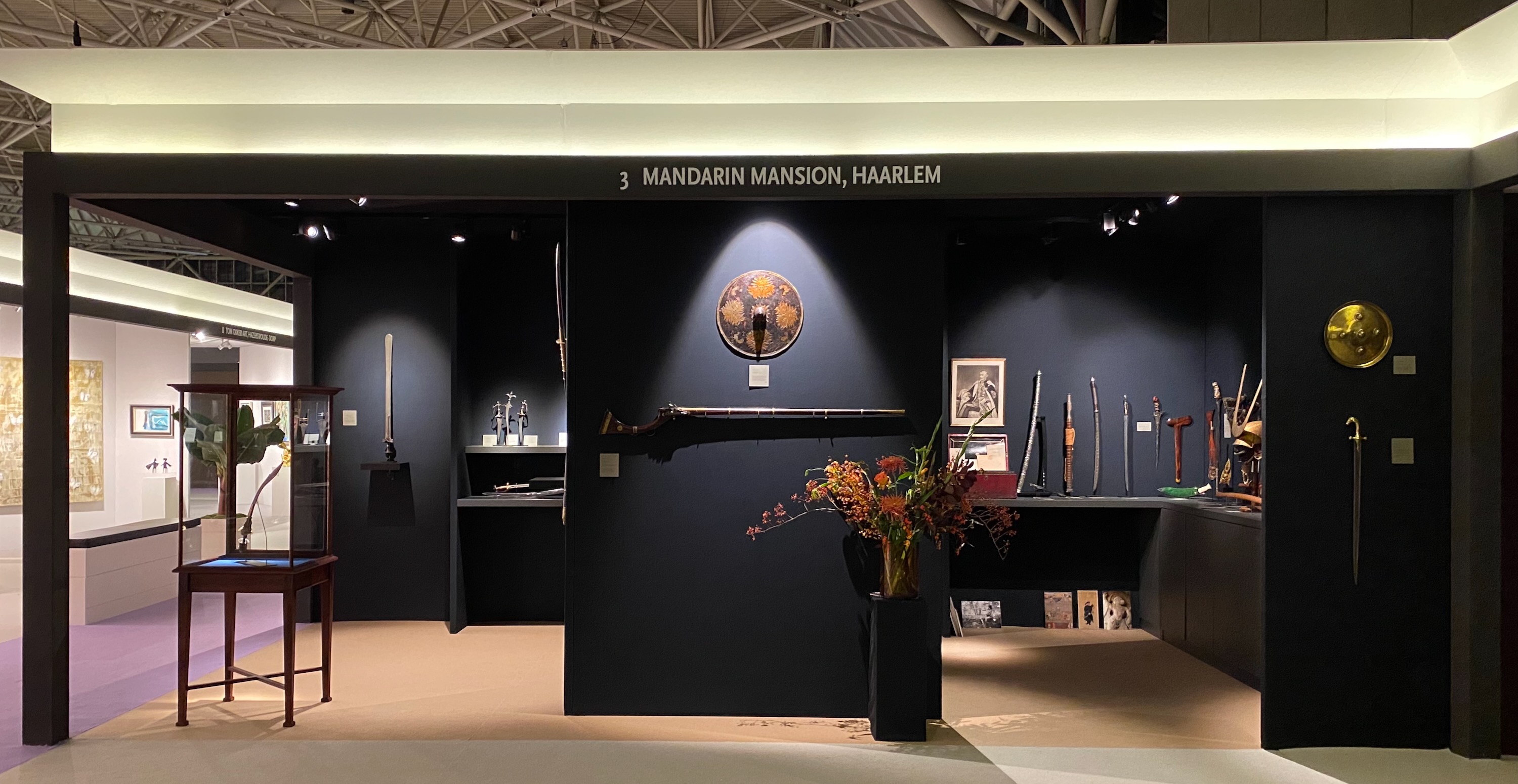 The company name refers to the mansion of a Chinese official, who was called mandarin. The term comes from the Portuguese mandador, or "one who commands." The Qing dynasty had military mandarins and civil mandarins that ran the empire and its military affairs.

Mandarin Mansion's logo as of 2019 is a 15th-century rendition of the kīrtimukha or "face of glory" as found on a magnificent Ming dynasty sword in the Royal Armories in Leeds. It was designed by Agnes Miski Török, a former designer of banknotes.

The origins of the design are murky and go back at least 2 millennia. One myth of origin comes from the Hindu Skanda Purana of India of the 8th century B.C. where it was described as spawning from Shiva's third eye in a burst of rage. It ate its own body until only its face and upper jaw remained. Shiva then ordered it to be used as an ornament above temple doors.

In China a remarkably similar motif appears even earlier on bronze vessels of the Shang dynasty of the 16th to 10th century B.C. Its first written description is in the Zuo zhuan of the 4th century B.C. where it was called tāotiè (饕餮), literally meaning "gluttonous". In China, too, it customarily appears without its lower jaw which is one of its main distinguishing features.

I chose this design because it is one of the few design elements that is seen across all the cultures I like to study, from India all the way to Japan. It commonly appears as an auspicious design element in art and architecture, where it is supposed to consume all evil.

Member of the K-VHOK: Royal Association of Fine Art Dealers in the Netherlands.

Member of KVVAK: Royal Asian Art Society in the Netherlands.

Member of To-Ken: Japanese Sword Society of the Netherlands.

Sponsor of Rijksmuseum and Archive.org.