A group of Japanese sword fitting makers working on the island of Hirado.

Japanese term for the mountings of an edged weapon.

An introduction to NBTHK Japanese sword certifications and rankings. 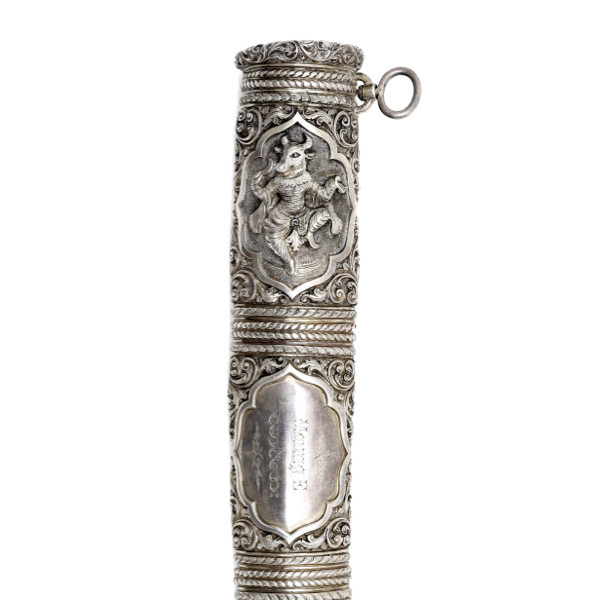 Made by the Kinai group of Echizen, who originated as horimono carvers.

Signed by an artist named Kanesada from Higo.

Tetsugendo school. Round plate with discoid cross-section, chiseled with dragons. 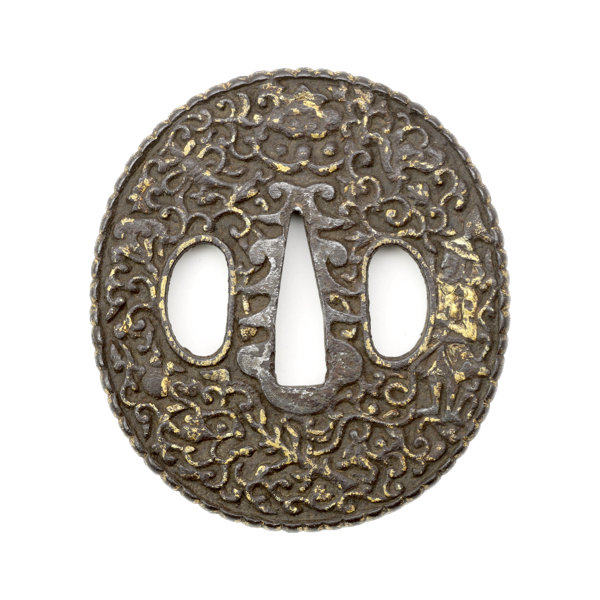 Its outer surface is decorated with interlocking swastikas and family crests.

Executed in gold and silver on a shakudō nanako base, with golden back. Made of wood, with a silver ornamental fitting of remarkable workmanship.

Japanese word for a samurai tool.

Japanese name of a small utility knife worn in sword and dagger scabbards.

A by-knife for a Japanese sword, with a hilt shaped like a sword tang.

Japanese name for a sword guard.

The archetypical Chinese sword guard that gave rise to the Japanese genre of "nanban tsuba". 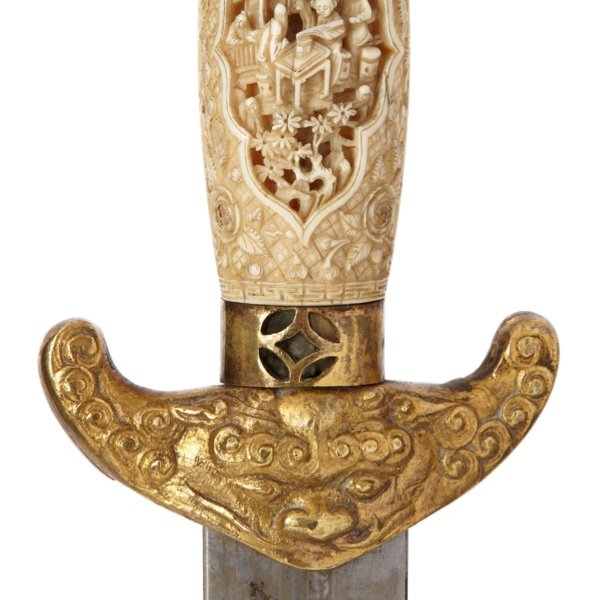 Chinese for the handguard of a weapon.

The Chinese saber guard is called dāo hūshǒu (刀護手), or hùshǒu pán (護手盤) in Chinese. This literally translates to "saber handguard" or "disc handguard". At some point, the Japanese got quite a taste for them. Over the years a number of them have turned up from Japanese sources that exhibit alterations that indicate they were used by Japanese on their swords. An old bronze hilt in the shape of chilanum hilts.

The Japanese term for a hair arranging pin that was worn in Japanese sword scabbards.

The Japanese term for a hair arranging needle that can be split to form a pair of chopsticks.

Iron chopsticks that combine as a kogai, with silver inlaid Paulownia mon.

Most likely used by the multi-cultural crews of pirate fleets that roamed the South China seas. 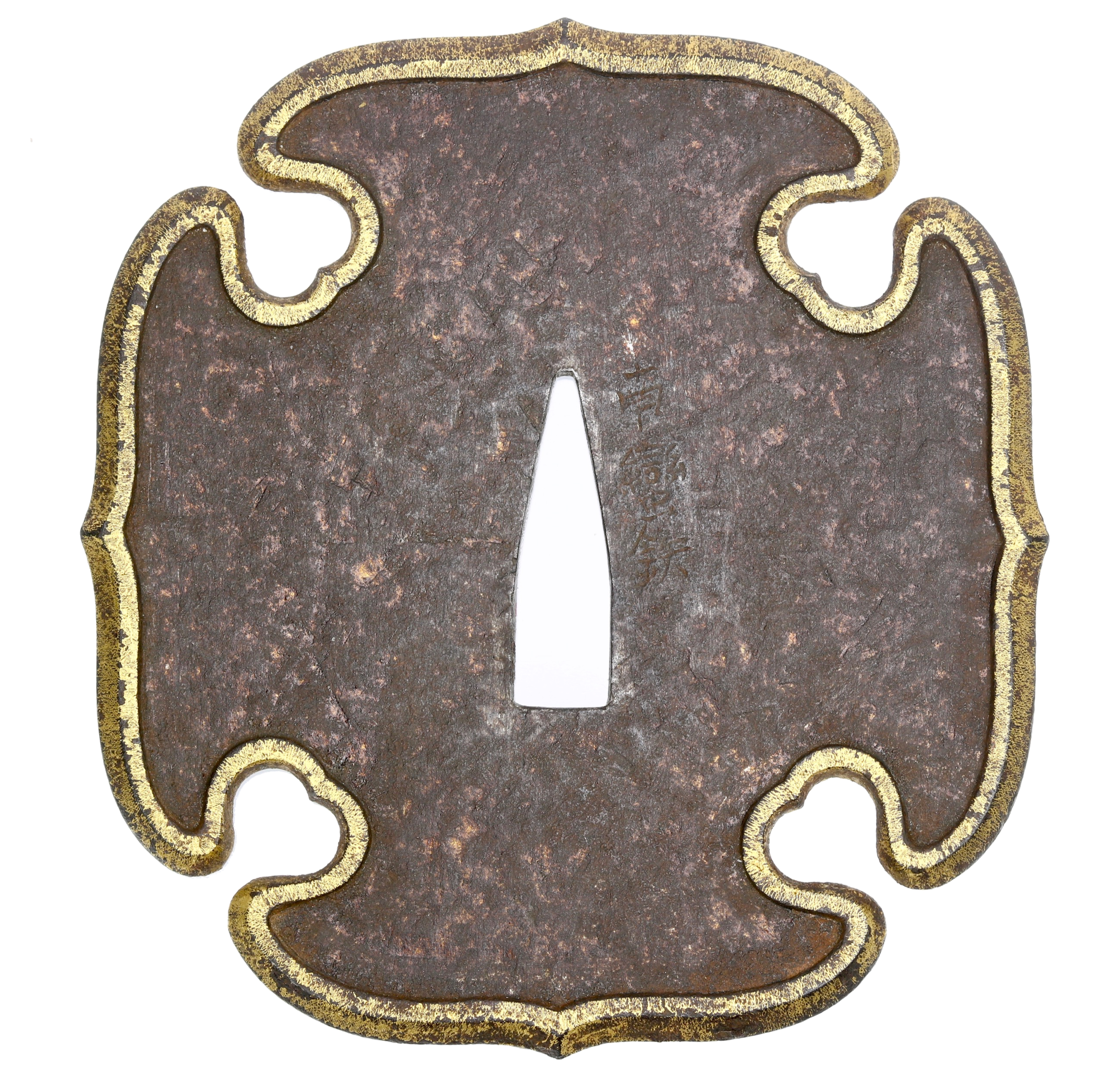 A rare 17th-century sword guard made of foreign steel. 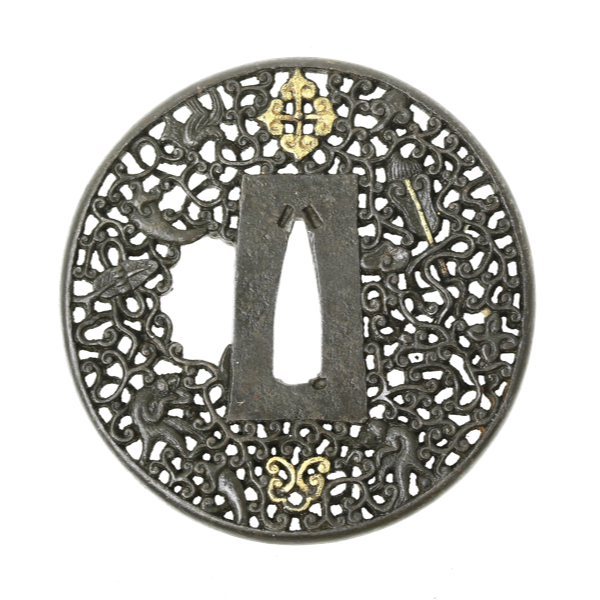 A Japanese sword guard with the cross of the House of Aviz. 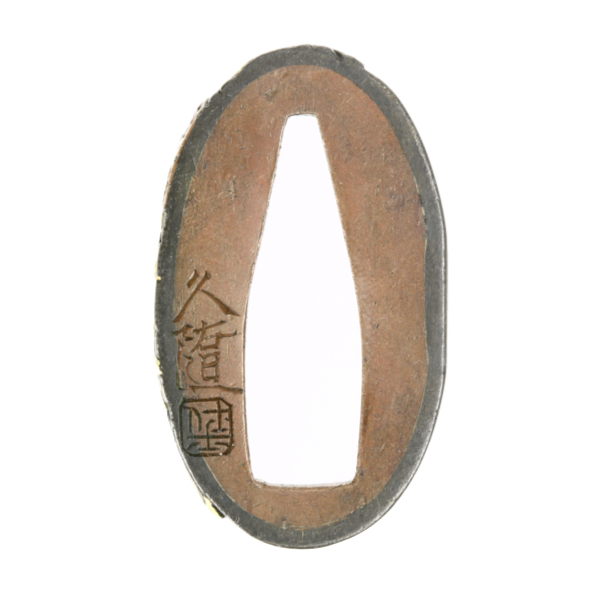 A Japanese maker of sword mounts, active in the Edo period. Sinhala for side plates on a sword. 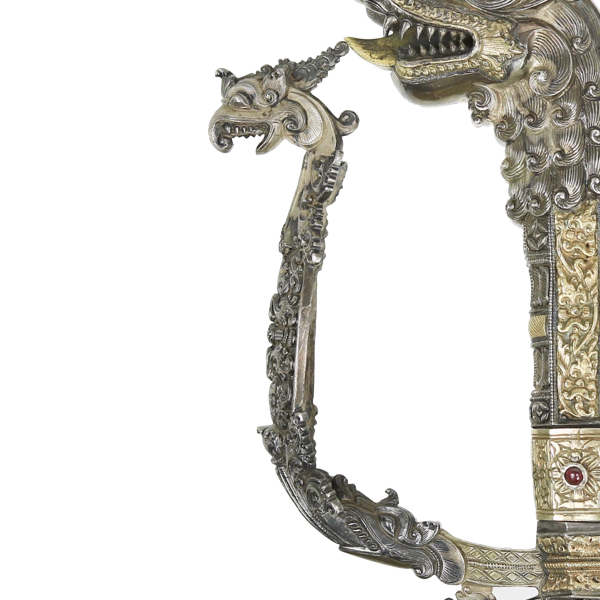 Sinhala term given by Deraniyagala for "knuckle guard". 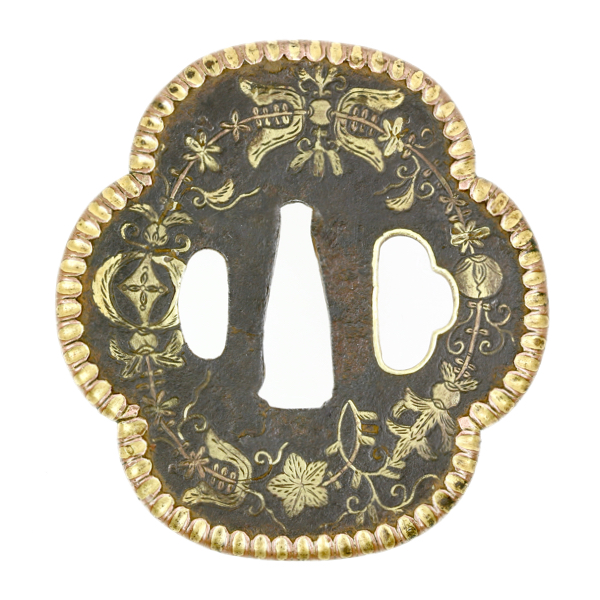 Adjusted for use on a Japanese sword. 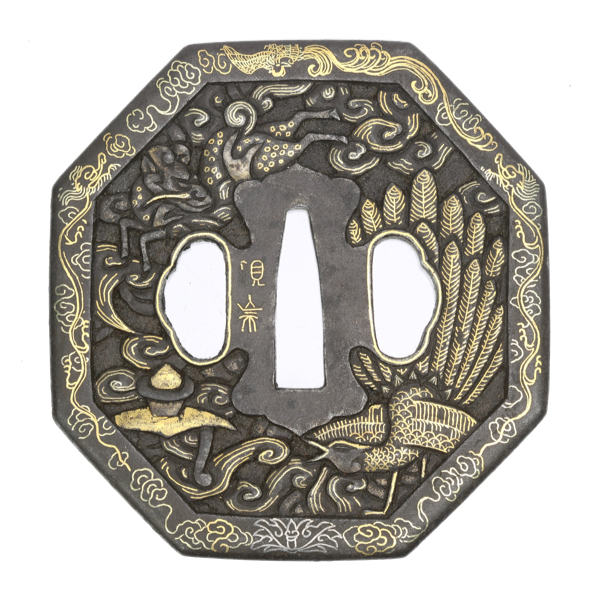 Japanese style sword guards made by Chinese craftsmen in Nagasaki. 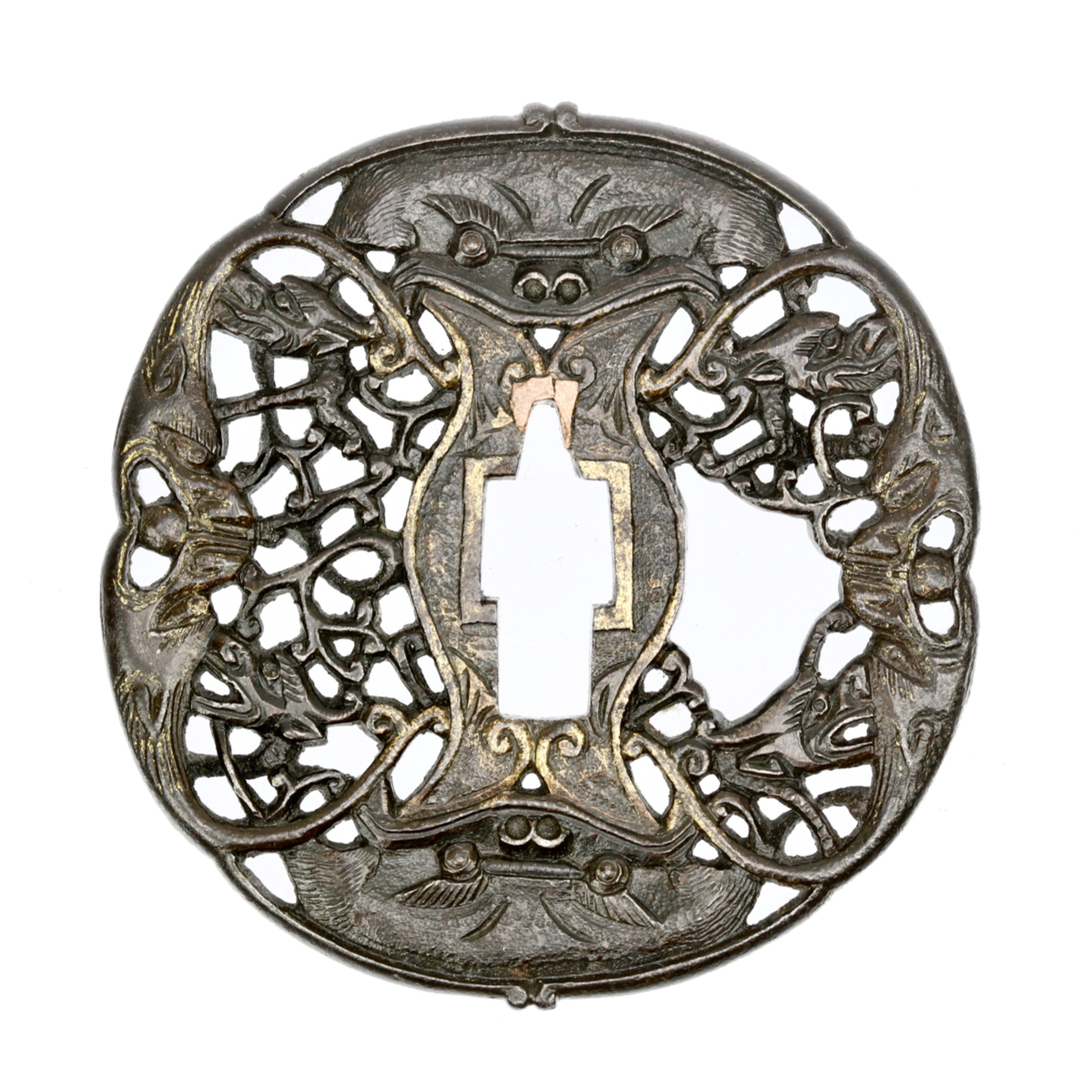