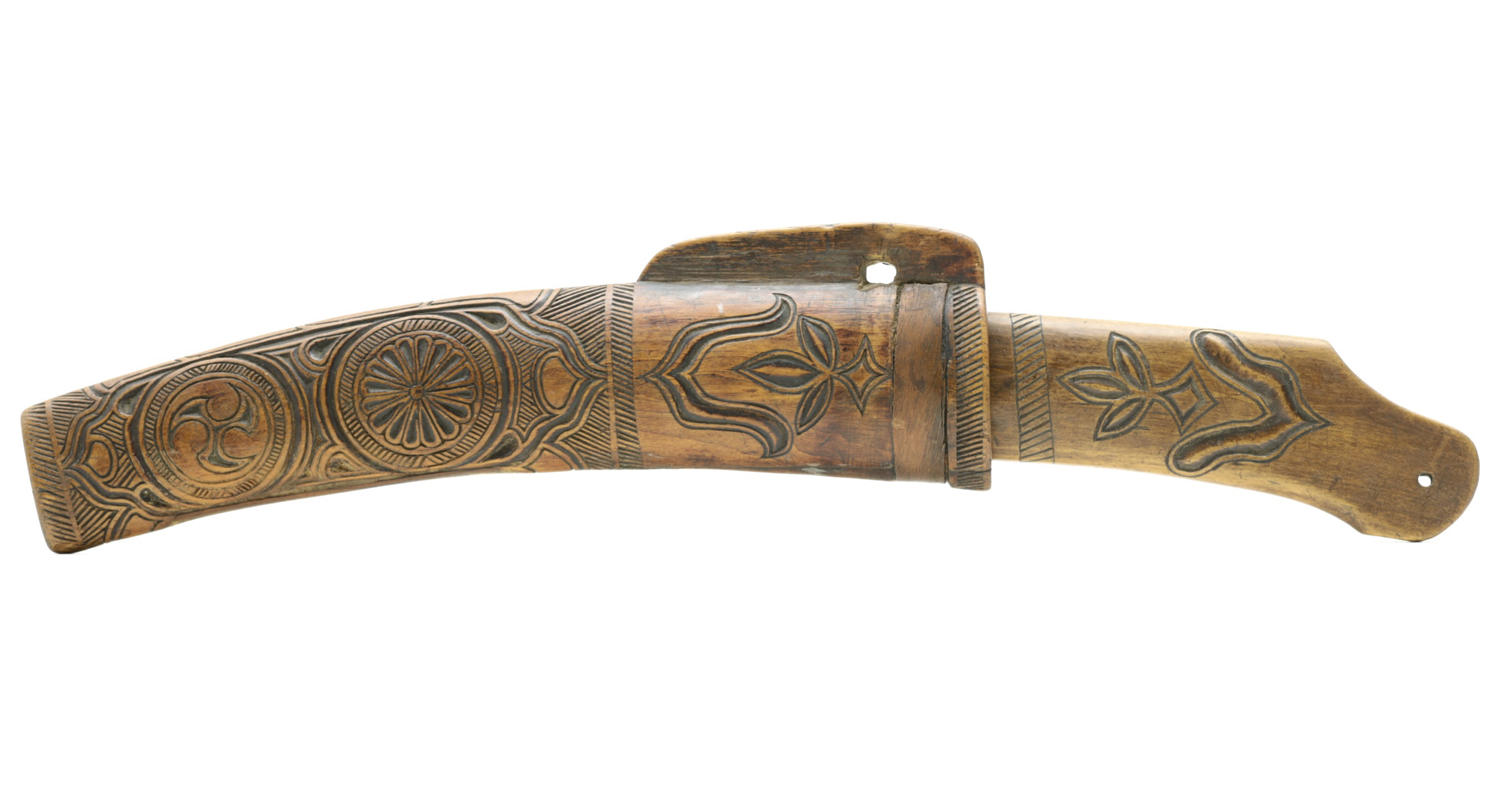 From an American private collector

The Ainu people were early settlers of Hokkaido, the northernmost island of the Japanese archipelago, and are considered the indigenous people of this area. There have also been Ainu populations on Sakhalin, the Kuril islands and Kamchatka. Their culture is very much their own, although they have taken elements from neighboring cultures in their local arts and crafts. A very fine example of the Ainu makiri. It has a for the type fairly substantial blade, of typical form. At the base on the right side is a mark, probably a maker's mark. The scabbard is carved out of a single piece, as is the hilt. A band of bark reinforces the scabbard mouth and prevents it from splitting.

The most striking part of the piece are the finely carved designs on hilt and scabbard. The work is deeper and more three-dimensional than often seen, and with dark staining in the recesses that really brings the decor out. The designs consist of typical abstract Ainu motifs with the addition of a kikukamon (chrysanthemum crest) with 16 petals and a mitsudomoe.

Both are adoptions from Japanese culture, where the kikukamon was the imperial seal of Japan. The mitsudomoe was very popular among the Ainu. In Japanese culture it is closely related to Hachiman, the God of archery and war. It also featured in the heraldry of several Samurai family crests. It is perhaps best known as the royal emblem of the Ryukyu Kingdom, which lasted from 1429 to 1879.

Interestingly, a 2012 survey found that the Ryukyuan people are the closest genetic match to the Ainu.1

Some chipping at the blade tip. Some repairs to handle and scabbard wood. See pictures.

I have not been able to find a knife in museum collections that were this finely executed, or had kikukamon or mitsudomoe decor. (The mitsudomoe is occasionally seen on Ainu sword sashes and other Ainu art.)

The general style does remind stylistically of several items that John Andersen brought from Biratori in the late 19th century, now in the British Museum. 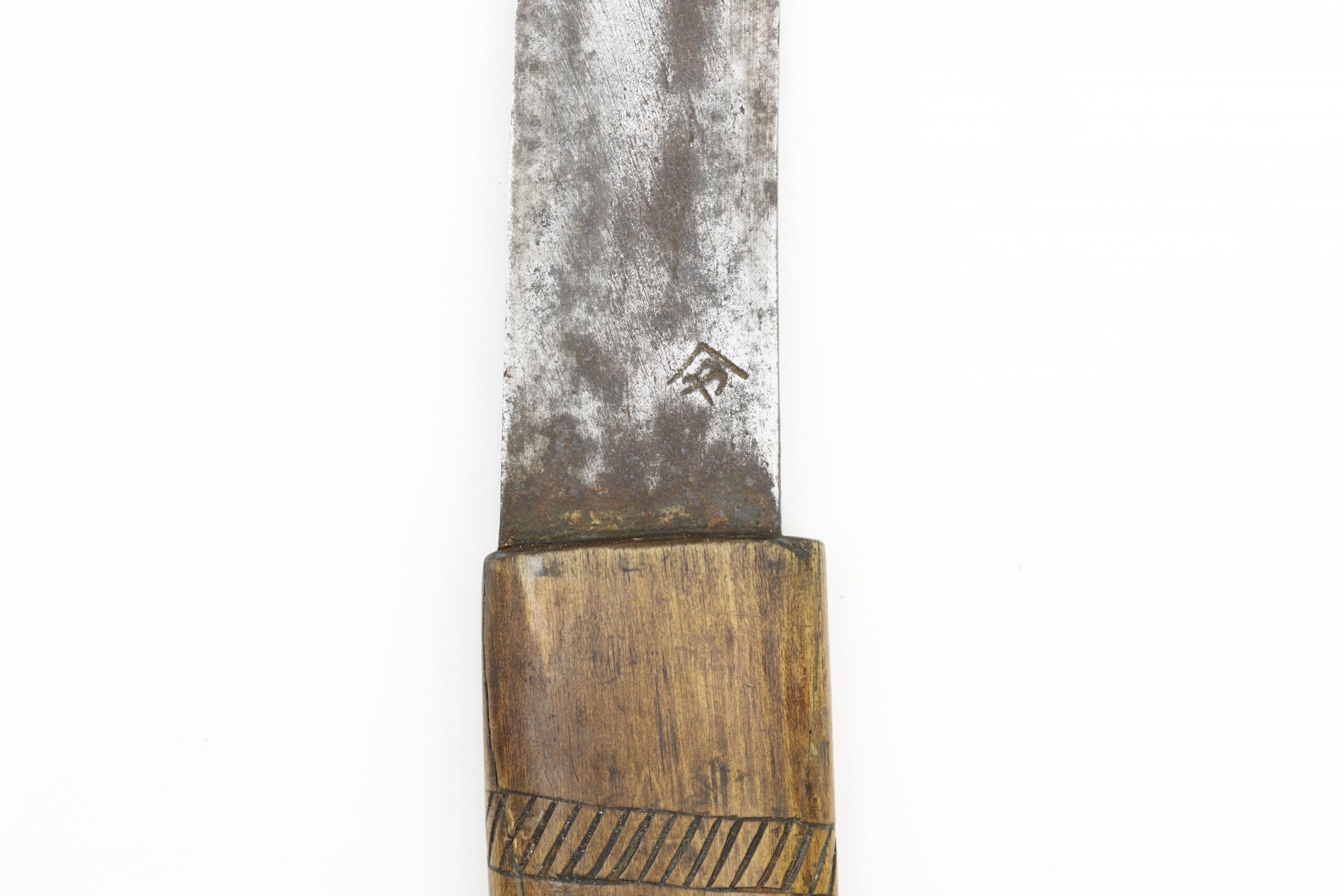